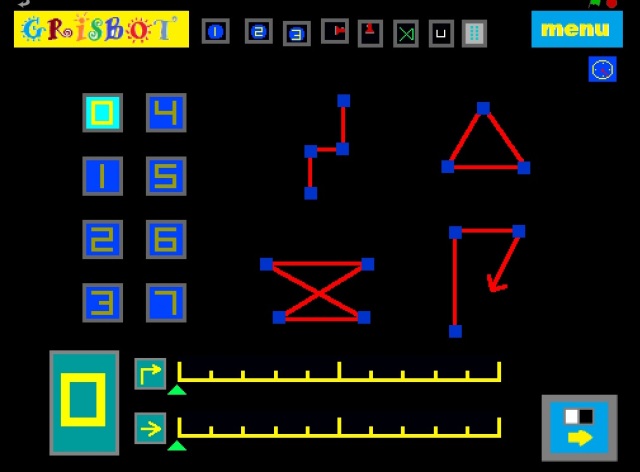 The idea behind free-form mode is that a user can design her own path, say on a sheet of paper, and then program the robot accordingly. Consequently, the programming page simply shows the waypoint icons lined up in rows and columns on the left, and on the right are some examples of paths that one might make.

Perhaps the most interesting example path is the one in the lower right corner, which terminates in an arrow. This is the simplest implementation of my ‘herding ping pong balls’ idea. The user can set a ping pong ball on the table, then program the robot to go around to the other side and push it back to the starting point.

Once and future engineer.
View all posts by engineerzero →
This entry was posted in Uncategorized and tagged free-form, grisbot, robotics, scratch. Bookmark the permalink.