Posted on January 8, 2011 by engineerzero

I tried to remedy this by changing the letter color to transparent:

Then I made the letters flat and tried a different font (Calligraph421BT — did you know there was such a thing anywhere, let alone in Sketchup?). And that did look nicer: 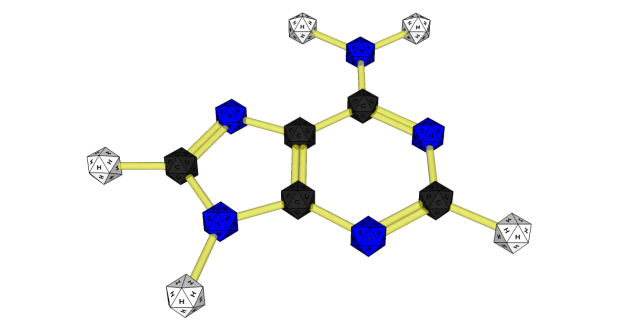 It looks nicer still in close-up:

Oooh, this looks so pretty I could see hanging a ‘DNA Mobile’ made of atoms like this! Calligraph421BT, your existence is justified!

1 Response to icosahedral adenine in sketchup