Instead of a conventional status bar to track the progress of the data transmission, I decided it would be more fun to make a ‘progress bug.’ The bug would look like the robot and march across the screen as the data is being transmitted.

So the first task was to render Grisbot as a sprite. For reference, here again is how the robot looks in real life (prior to adding photocells): 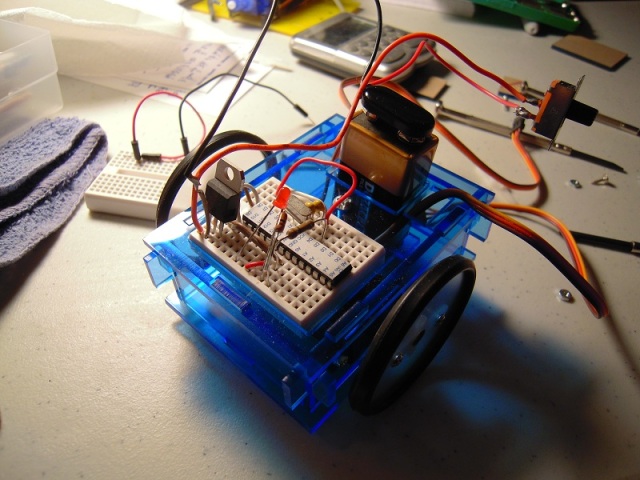 And here again is the rendering in Sketchup of how the robot is positioned to read data from a computer screen: 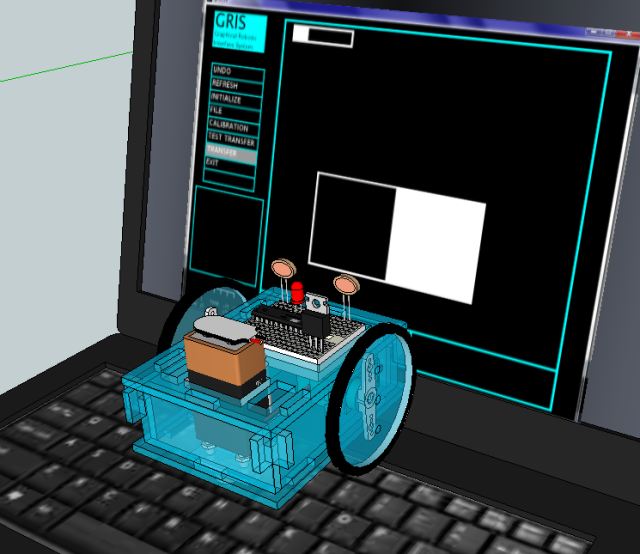 So here, on the communications screen of my Scratch program, is the Grisbot sprite patiently waiting for the computer screen to transmit data:

And here’s how it works in action:

Once and future engineer.
View all posts by engineerzero →
This entry was posted in Uncategorized and tagged grisbot, programming, progress bug, robotics, scratch. Bookmark the permalink.

1 Response to Progress Bug in Scratch