Autofade with Fritzing (A review)

Fritzing is essentially an Electronic Design Automation software with a low entry barrier, suited for the needs of designers and artists. It uses the metaphor of the breadboard, so that it is easy to transfer your hardware sketch to the software. From there it is possible to create PCB layouts for turning it into a robust PCB yourself or by help of a manufacturer.

To give you an idea of what it does, here’s a breadboard of my autofade lamp circuit (click on the image to enlarge and please ignore resistor values at this time):

Then here’s the schematic: 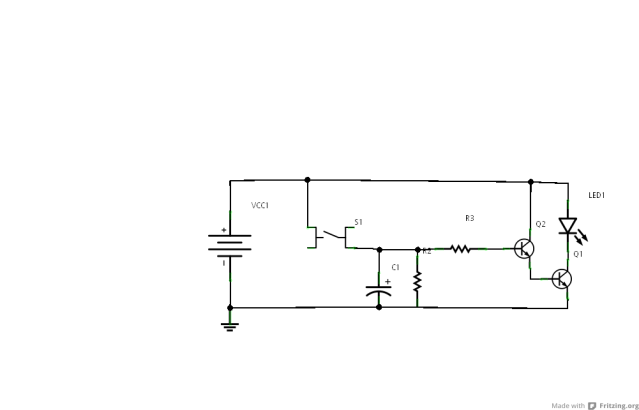 And then here’s the PCB layout: 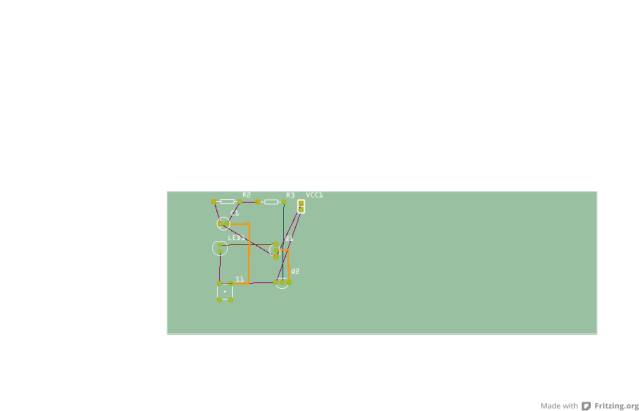 (Well, as you can see, I need to do some more work, but at least we’re getting there.)

(2) Very intuitive. I was able to do this much within an hour or so, without using the tutorials.

(3) Once you have the PCB ready, you’re only a few clicks away from sending it to a manufacturer and having physical mass production!

I don’t know enough about Fritzing to say anything bad about it. It was easy to download, didn’t crash or glitch. Wish I could say as much about some software that I’ve paid good money for.

I will say that I made a schematic of the circuit, then went to breadboard view, and it was a tangle of wires. Then I tried the breadboard view first, and went to schematic, and again, a tangle. Likewise, the PCB view took some untangling too, which as you can see still isn’t undone.

But I’m expecting too much here. First, the program is free. Second, the program can’t second-guess the user as to the optimal placement of the components and so there’s no way to get out of that work. Third, maybe if I was better at making schematics and circuits, the tangle wouldn’t seem so intimidating. Fourth, I certainly can’t create PCB layouts on my own at this stage of my knowledge, so here the program is enabling me to do something that I can’t do otherwise. Fifth, maybe it would help to go through the tutorials (ya think?).

I should note that I used an LED in the circuit rather than a lamp because I couldn’t find a lamp symbol. You are able to create your own symbols, but I was too lazy to do that yet.

Another thing, if you’re expecting Fritzing to do a circuit simulation, well, it doesn’t. But programs that do circuit analysis have been around for decades, and if it’s not possible already, I expect at some point in the future it will be possible to export a Fritzing schematic into a file format that a dedicated circuit analysis program could load. So I agree with the development team that their focus should not be on circuit analysis/simulation but rather on streamlining the process from breadboard to PCB layout.

All in all, the program is fun to play with and if you’re working with circuits, you should give it a look at Fritzing.org.

Once and future engineer.
View all posts by engineerzero →
This entry was posted in Uncategorized and tagged autofade, autofade lamp, breadboard, design, diy, electronics, fritzing, fritzing.org, prototype. Bookmark the permalink.

1 Response to Autofade with Fritzing (A review)