Well, that title is a mouthful. The basic issue however is as shown in the wikipedia entry for paracetamol: 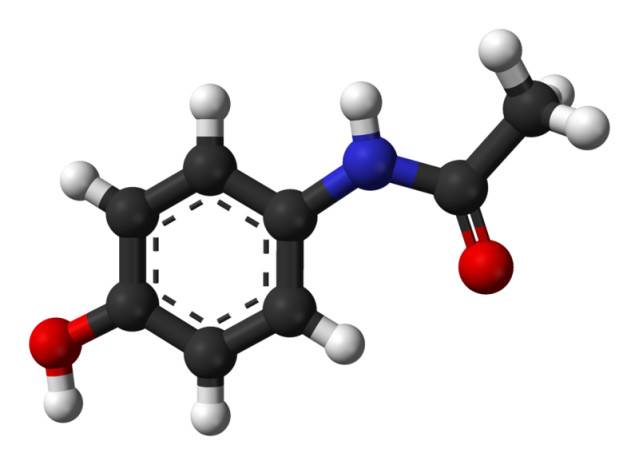 Now here’s my guess as to what’s going on here:

As indicated by the dotted circle, the benzene ring alternates between single and double bonds, but you can never tell when. That is, because of the equipotential of the carbon atoms, the electrons are free to race about the ring, so that at any given point in time, the bond between two adjacent carbon atoms in the ring can be single or double. This is not a problem that occurs in the nucleobases because there’s always at least one nitrogen atom to tell the electrons to cut that out.

When I uploaded my original version of a paracetamol molecule, I tried to sweep the issue under the rug, like so:

But then I thought, “Why don’t I figure out a way to represent this single/double bond sorcery?” And so I came up with this:

I think that looks nicer than wikipedia’s solution, and it explains better at a glance what’s going on.