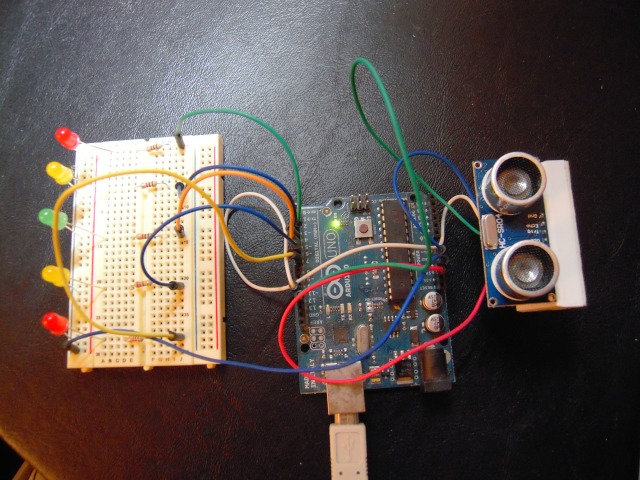 I’m working on this idea for a game which involves an ultrasonic distance sensor. The set-up is shown above. As you can see, it uses an Arduino for the prototyping but the goal is to transfer the programming over to an ATTiny eventually.

Anyhow, the first step in building the game is to have the sensor measure the distance to one’s hand, and then the Arduino will activate the LEDs on the left depending on the distance between the hand and sensor. Of course, that doesn’t qualify as a game in itself, but it is the first step on the path.

Here’s how the set-up works so far:

I have some ideas on how the game will work and on how scoring will be accomplished, but if you have any suggestions,they would be most appreciated.

Once and future engineer.
View all posts by engineerzero →
This entry was posted in Uncategorized and tagged arduino, game, leds, pinger, ultrasonic distance sensor. Bookmark the permalink.